Once of the events I really enjoy attending ever year is NYCC at the Javitz Center in NYC.  It is the second largest Comic Con in the US next to the International Comic Con in San Diego.  Just as it is with the International Comic Con you have to purchase tickets way beforehand. I was fortunate again to attend this year. I grew up reading comics as a kid but did not really go to Comic Con or had and interest until I started photography. I remember my first time going I was so impressed with all the kool costumes people wore which is referred to as cosplay. There were so many creative cosplays at the con and the whole convention was so  had such a positive vibe. I am so lucky that as a photographer I am able to take photos and cover the event for all to see. Here are some pics from last year's Comic Con 2014. 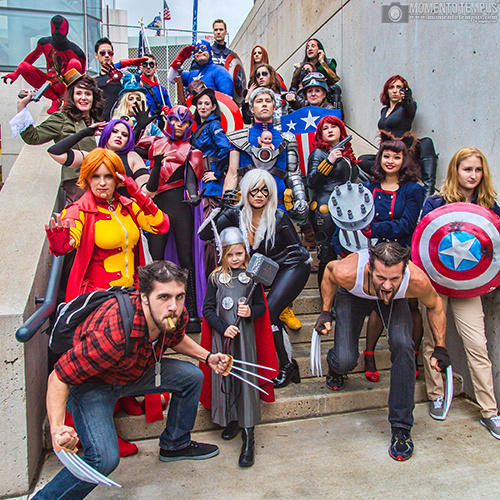